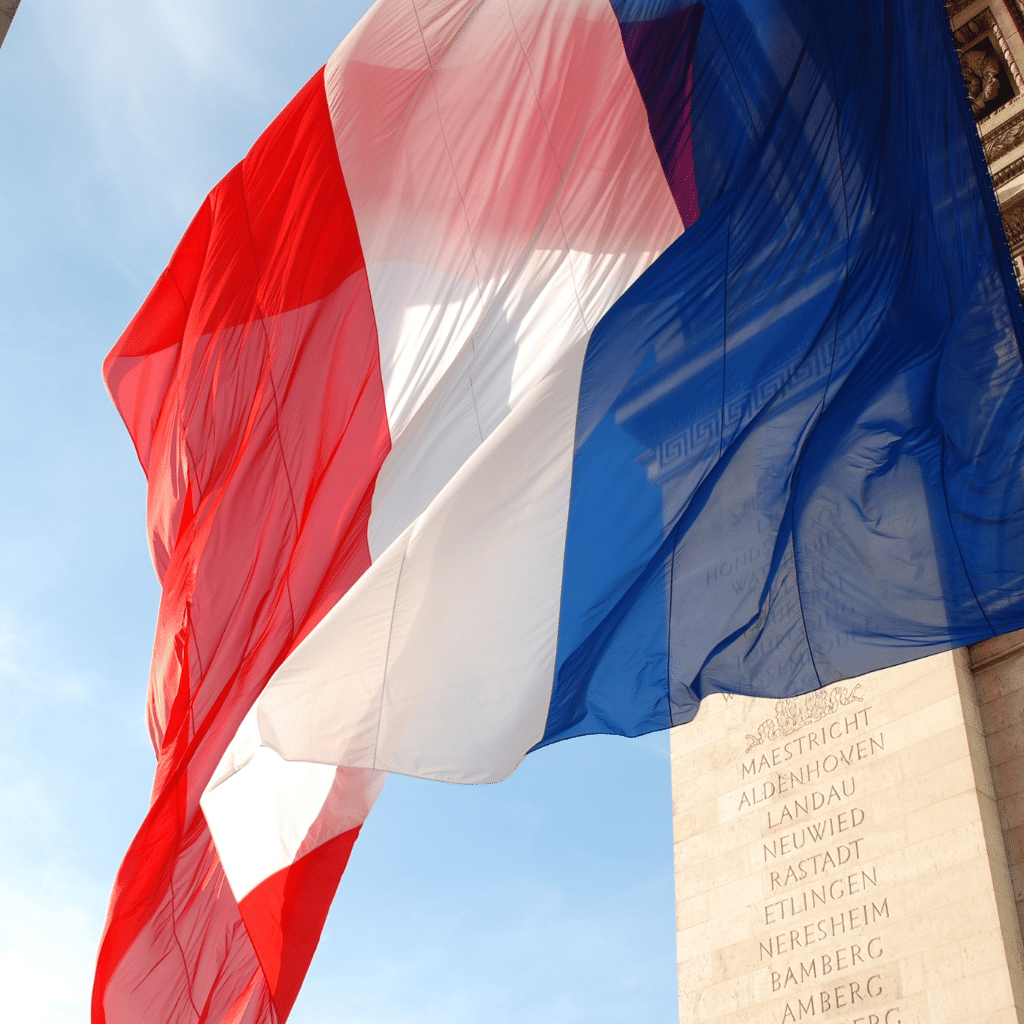 This week in my French conversation group, we will talk about the future. Every week, we have a new theme and we discuss it and this week, it's the future.

Is the French language going to die ?

You hear that a lot, sometimes I get a few comments on Instagram like I'm asked why I'm teaching French to people because it's a language that's going to die, like French is a dead language.

I don't really understand why people say that. If you look at the numbers there are still 300 million French speakers, so there are 300 million people who speak French in the world. It is the fifth most spoken language in the world and it is the second most learned foreign language.

We hear a lot about it. There is always this rivalry between English and French, I don't know if it's the same with Spanish and English if there are Spanish speakers, tell me in comment if there is also a rivalry between these two languages.

There is always this rivalry between these two languages, maybe it is due to the past because there was a lot of war for example between France and England and so we keep these little bickerings, these little arguments about the languages.

I don't really believe that anglicisms will kill the French language, I don't think so at all!

Compared to 3000 anglicisms and a third of the English vocabulary that comes from French, why don't we ask ourselves the question if it's not French that will suppress English. No, I don't think at all that a language suppresses another language.

What I do think, however, is that we are in an era where English dominates. English is an internationally spoken language. In history, if you look at it a little bit, I like to look at history to talk about the future, it's very interesting. Before, French also had a very important place and it was at one time a very powerful language in the world. Now it's English's turn, maybe soon, well in a few years, it will be Spanish or Chinese or Hindi's turn.

What makes me think even more that English is not going to suppress French, it is if we look at the figures, I was very surprised of these figures. We notice that in France there are only 4% of French people who speak English fluently, it's impressive the figure is very low. I knew that the French and English, that's the French and foreign languages, that's two. That is to say that it is not our cup of tea, it is not something we like very much, especially because of our education, but that is another debate.

There are very few French people who speak fluently. To speak fluently is to hold a conversation in English. The French have some notions of English, but only 4% of them are fluent in English, so I'm not worried at all. English is not going to remove French from France. The French are not ready!

Is the future of the French language in Africa?

Again, if we look at the numbers, we realize that 44% of the 300 million French speakers are in Africa. Almost half of the people who speak French are in Africa.

This is quite a large number and it is continuously increasing. It is predicted that by 2050, 85% of French speakers will be in Africa. More French will be spoken in Africa than in Europe. This is quite an impressive figure and it can also be explained by the exponential growth of the African population. There are many African countries that speak French because of French colonization. It is believed that the future of the French language will take place in Africa.

Will the verlan kill the French language?

This question makes me laugh a lot!

It's true that there are a lot of people who comment every time I make a post on Instagram where there is verlan and there is always one person who says "Oh my God, but how can you teach people verlan, it's killing the French language, it's going to delete it!"

No, not at all verlan is not going to kill the French language. If verlan was going to kill the French language, it would have done so long ago! Do you know why? Because we can find traces of verlan in the 12th century in France. Slang is something that has existed for a very long time, so we find traces of it in the 12th century. Afterwards, it became more widespread in the 17th century and a little more so nowadays.

The verlan exists since a very long time, it is not something recent of revolutionary. It is something that exists in other languages, not only in French. It's the slang that young people often use, but there's nothing really nasty about it. It's a language that's used a lot in oral or SMS conversations and sometimes there are older people they know who use a little slang. It's not going to kill the French language at all.

Will laziness kill the French language?

It's true that we can ask ourselves this question. Afterwards, "kill" is a very strong word because a language evolves, so a language does not really die. It evolves towards something new afterwards, it's another debate if an evolution or a change is good or not. Everyone has his own opinion.

So there are reforms that are proposed by the French government to simplify the French language. There have already been some, for example a recent reform that has been made, it is the suppression of the circumflex accent on the letter u and i. Now, it is possible to write a word without circumflex accent if it is on the letter u or i. After that, it depends on the words if it is not a homophone, but for example in the word "maîtresse" or "maitresse", it is possible to write it with or without circumflex. It is not considered a mistake to write it without the circumflex.

This is an example of a reform that was made to simplify the French language. We are also discussing a reform on the agreement of the past participle, so this is a very complex grammatical rule in French, as much for you as for the French speakers. There are a lot of mistakes on it and there is a discussion about deleting it or not. It is something, a very controversial subject the reforms, because the purist linguists do not want to modify the French language and keep it.

There is another thing also sign of laziness, not wanting to make an effort to write or use French well, this is especially because / thanks to the appearance of phones and computers.<

We have seen the appearance of the SMS language. The SMS language and a language that is used in texting, SMS messages or on social networks. We want to go fast and we will write with abbreviations, cut words, phonetics. We will use a written French that is not perfect.

If you are wondering what it looks like, I made an article with some French expressions in SMS language that are commonly used in messages. This question of spelling reforms and SMS language, it's true that young people now make a lot of spelling mistakes, but was it the same before, but we just didn't talk about it?

Will the French language be inclusive in the future ?

There is a lot of talk in France about inclusive writing.

If you don't know what it is, I'll summarize it. I talk a little bit more about it in this article. I made an article about the fact that the French language is sexist and I talk about inclusive writing. Inclusive writing is basically to integrate the feminization of the names of words, jobs for example in the French vocabulary and to remove the fact that in the French grammar the masculine always prevails over the feminine.

There are some things that can make us think that French is a little bit sexist. The inclusive writing would be to remove this sexism and to make the French language more egalitarian.

Is inclusive writing the future of the French language? That's a very good question! Maybe, I don't know.  I don't have the answer.

Quebec has adopted inclusive writing in their society, in their functioning and in the administration. Maybe they are ahead of us.

In France, it's a little more complicated because the Académie Française is not too keen on changing the French language in general, so it's a question that remains unanswered.

Honestly, I hope that the future of the French language is that it is inclusive. The motto of France is: liberté, égalité, fraternité. It's in our motto, we should have an egalitarian French language, as much for men as for women...and for animals why not! I am for the inclusive writing there I have a clear opinion compared to the question of before.

How will the French language be in 100 years? Don't hesitate to give your opinion in comments, it's very interesting. 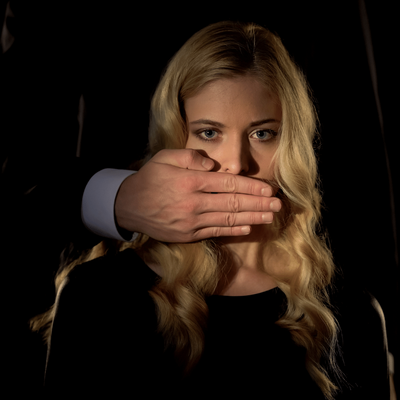 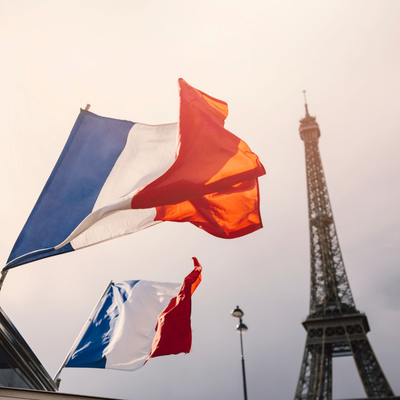 The 6 most surprising cultural facts in France.
French culture 27 September 2021 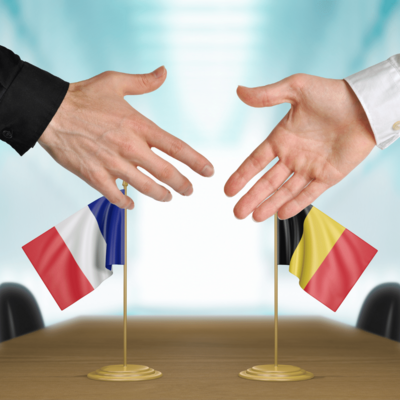 The differences between French from France and French from Belgium
French culture 22 September 2021
Ready to boost your French speaking skills?

An email has been sent to you, check your mailbox.
Comments