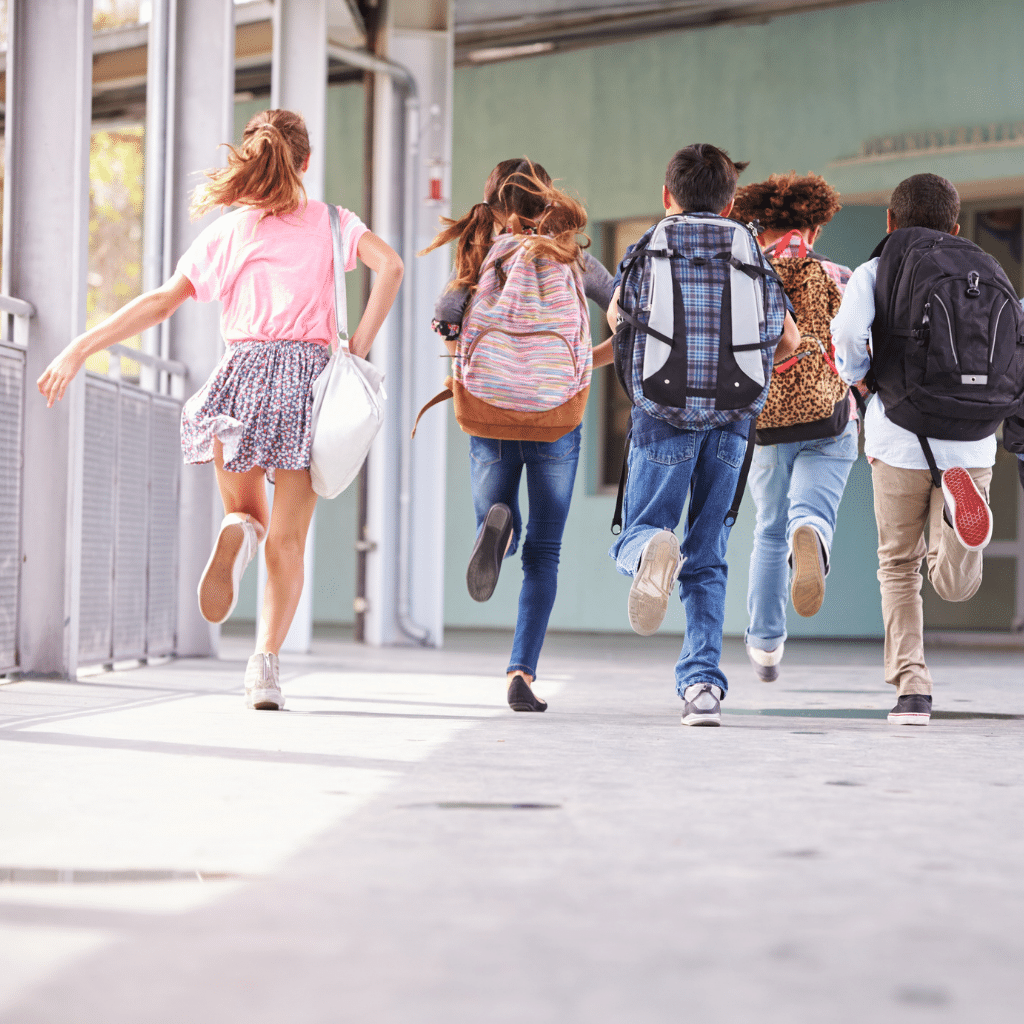 What is school like in France?
By Manon
This week, it's back to school time in France! Thursday, September 2nd, 2021, French schoolchildren and students are going back to school. I'll explain you the French educational system, but also what school is like in France by giving you more interesting cultural details. Let's get started!

Each week, I offer you a new video on a specific topic to help you better understand authentic French. If you want to practice speaking this topic and finally gain confidence in French, join my French conversation group Ohlala French Coffee.

This week, it's back to school time in France! Thursday, September 2nd 2021, French schoolchildren and students are going back to school. We will take advantage of this week at Ohlala French Coffee to talk about school and education. And I'm going to talk today, in this video, about school in France. I'm going to explain you the French education system, but also how it is school in France by giving you more interesting cultural details. Here we go!

School is compulsory from the age of 3 until the age of 16. Before that, parents can put their children in a crèche or with a nanny.

In France, there are public and private schools. 83% of the French population is enrolled in a public school. So we will focus on public education. Public schools in France are free and secular.

Secularism is a great French principle. To summarize secularism simply, it is a profound concept. Secularism is based on several major principles:

For some children, kindergarten is the first social setting. The goal is to teach children to live together and learn together. Kindergarten will also help children develop their communicative and artistic language through drawings, rhymes, games and dances.

In CP, CE1 and CE2, the children's goal is to acquire fundamental learning such as :

In CM1 and CM2, we will consolidate the knowledge acquired in CP, CE1 and CE2. We will also deepen our knowledge of history, geography and literature.

In primary school (kindergarten and elementary school), there is an evaluation system in place that may differ from school to school. In any case, the grade system is no longer used in primary school. Teachers will use smilies or colors more. 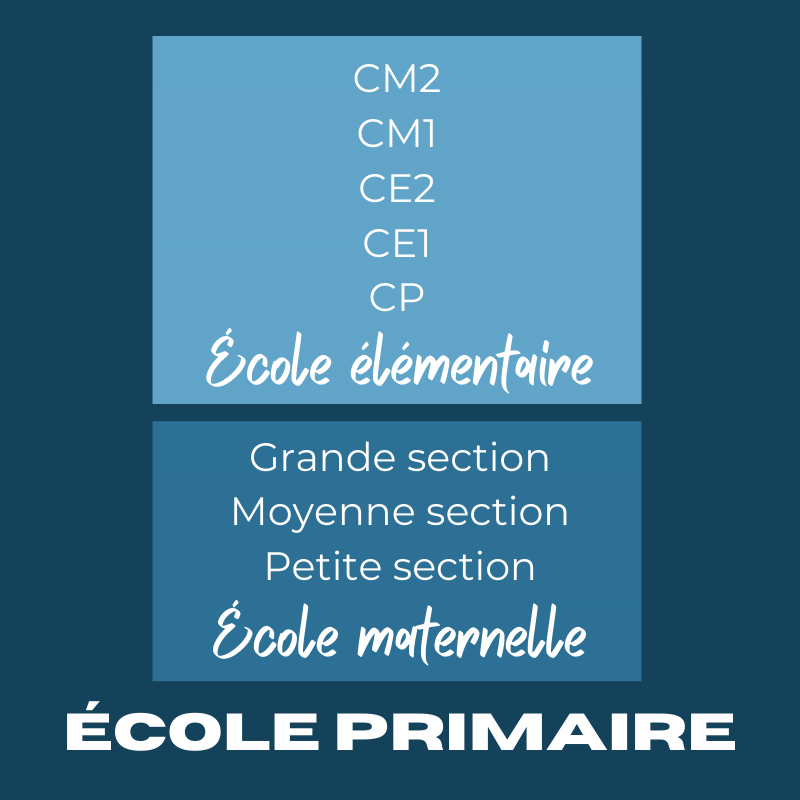 The first stage of secondary education is middle school. Middle school is divided into four grades: sixth, fifth, fourth and third. The sixth grade begins at age 11 and ends with the third grade at age 15.

In middle school, the subjects seen in primary school are reviewed in more detail and in depth. There are also new subjects, such as physics and chemistry, technology, art history and media and information literacy.

The organization of the middle school is different from that of the elementary school. Students have a schedule and must go to different classrooms with a different teacher.

In middle school, there are assessments throughout the year with a grade system, from 0 to 20. And in the third year, at the end of the college, we have the first official exam: the brevet. It is also an important moment, because the students will have to choose a general or professional course of study.

The general and technological high school has changed a lot in recent years. In the past, students chose a course of study in the first year of high school: literature (L), science (S) or economics (ES).

But, for the past year, there is no longer a stream: L, S, ES. Students now choose a specialty based on what they like and the career they want to do. There is also a greater presence of continuous assessment, meaning that students are tested throughout the year on their knowledge and skills. At the end of high school, students take the baccalaureate, the bac. Continuous assessment counts for 40% of the final grade and the baccalauréat counts for 60%. 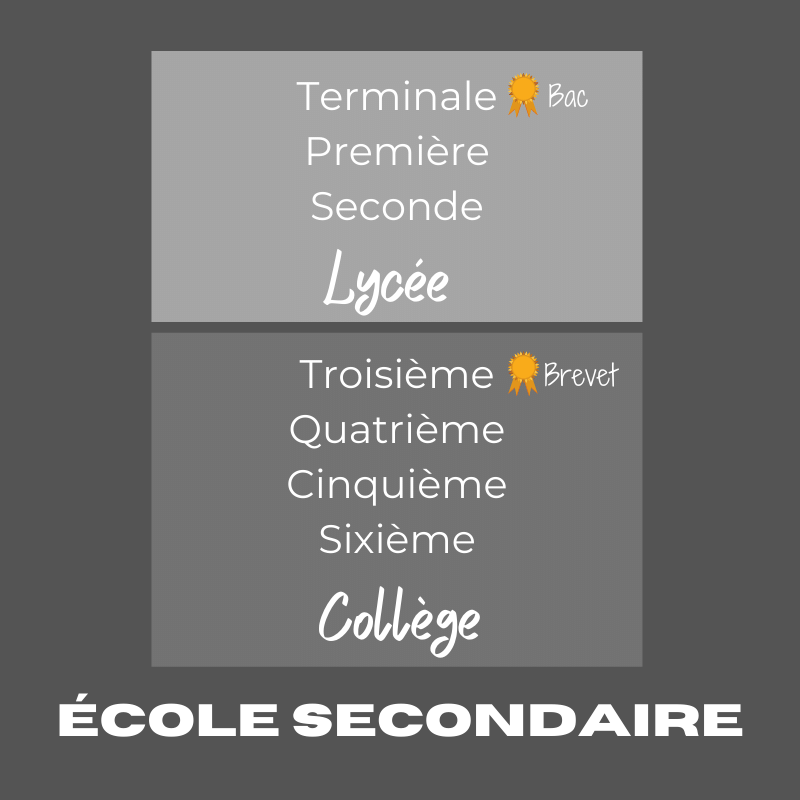 After elementary and secondary education, there is higher education.

There are many options in higher education depending on the career and studies you wish to pursue.

You can go to university in a general field of study (literature, medicine, etc.) or a technological field of study, such as an IUT (University Institute of Technology). Or you can enroll in a preparatory class, called a "prépa" to prepare for entry into the grandes écoles of business or engineering. 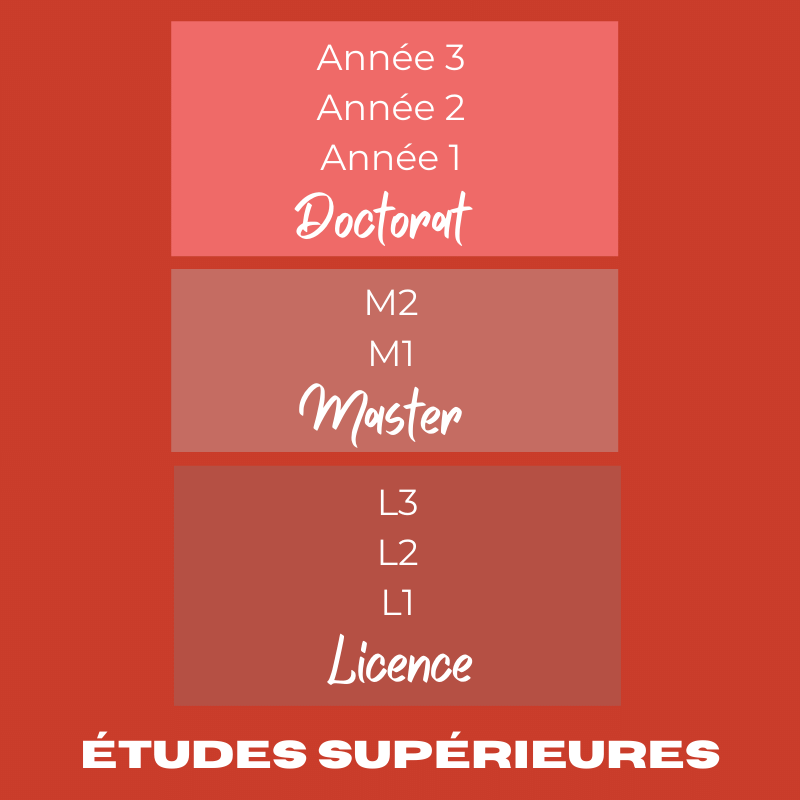 Some additional information about school in France. In primary and secondary school, students have vacations approximately every six weeks. The summer vacation, also called the "grandes vacances", lasts 8 weeks from July to August.

In French public schools, students do not wear uniforms.

At lunchtime, students can eat in the canteen or refectory.

If a student does not have good enough grades or is not, in the opinion of the teachers, ready to move on to the next grade, he or she may repeat a grade. Repeating a grade is the act of not advancing to the next grade and repeating the grade you were already in. 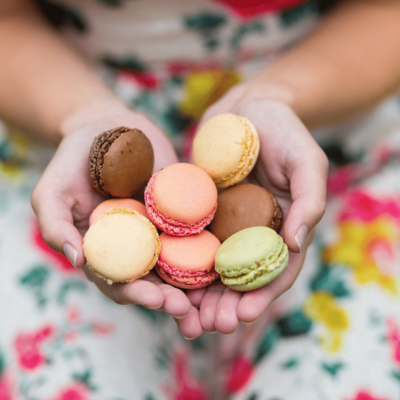 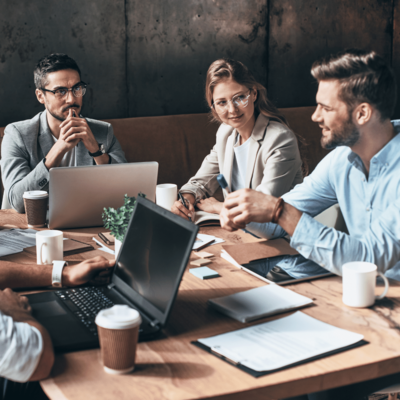 How to talk about your work in French? I'll give you an example!
French Vocabulary 13 July 2021 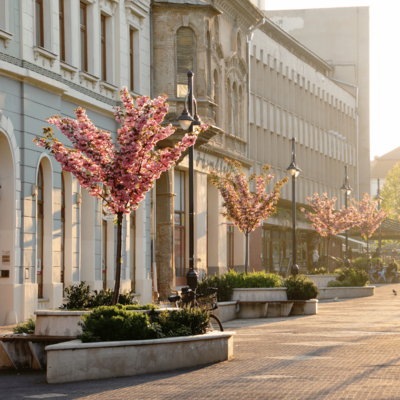